As Atlanta United prepares to meet the Portland Timbers in the MLS Cup this weekend – we can already hear Five Stripes supporters firing up their beloved “A-T-L!” chant – we decided to compare these two proud metro areas where it really matters: the data.

We’ll use the penalty shootout format here, with one data topic per round. The region with the most goals after five rounds wins. Call it the Data Cup.

Thanks to the researchers at the Atlanta Regional Commission for providing the info. We promise there’s no home-pitch advantage at play. Hey, facts are facts.

The Atlanta region, like the Atlanta United fan base, has been growing at a furious pace. Metro Atlanta has added more than 430,000 people in the past five years alone, and the total population is nearing 6 million.

Portland’s growth hasn’t been too shabby, but it pales in comparison. The region added about 170,000 people during the same time period, and the total population is now home to about 2.5 million.

Atlanta finds the back of the net on this one; Portland sends their shot just wide. 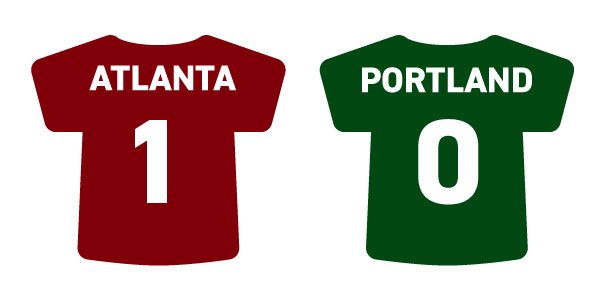 Like most big metro areas, Portland and Atlanta wrestle with traffic congestion. The two regions are pretty close when you look at one misery index – mean commute to work time: 31 minutes for Atlanta, and 26 minutes for Portland.

But Atlanta trails by a wide margin on another key industry metric, Inrix’s Global Traffic Scorecard. Inrix found that Atlanta drivers spend 70 hours a year in congestion, fourth-worst in the U.S. Portland came in 12th worst, with 50 hours spent in congestion.

Each region is working to improve things, of course. In the ATL, a network of Express toll lanes is being built out on local highways, and MARTA is planning a multi-billion dollar expansion, among other improvements. Portland, meanwhile, is working to create more bus-only travel lanes, build new protected bike lanes and improve pedestrian crossings.

Portland wins this round, firing it under the crossbar. Atlanta hits the post. 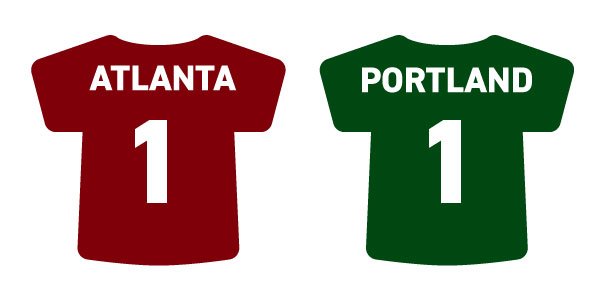 Metro Atlanta remains a relatively affordable place to live. Even the concession stands at Mercedes-Benz Stadium are known for their low prices. Craft beer for five bucks, anyone?

But housing prices are the best yardstick for this category, and the difference here is striking. The median home value in metro Atlanta is $215,000, compared to $338,000 in Portland. Being a hipster capital has its costs, it appears.

So, clear win for Atlanta, right? Not so fast. The referee is calling for a video review on this one.

For one, the trends are troubling in the ATL. Home sale prices increased more than 6% in the past year, and the inventory of for-sale homes has declined sharply, threatening to push prices even higher. Meanwhile, rents are rising almost five times as fast as wages.

And when you factor in the cost of transportation, metro Atlanta becomes the nation’s 5th most expensive large metro area.

Both sides miss the target here.

Portland’s economy, like the Timbers’ tough defense and counter-attacking style, is strong and resilient. The region’s unemployment rate is below 5%, and the region is a major tech hub (it’s sometimes called Silicon Forest), as well as home to name-brand companies like Nike and Columbia Sportswear.

Metro Atlanta’s economy is growing fast too, with unemployment below 5%. The region has become a global leader in financial technology and film and TV production.

Both sides slot the ball past the keeper with ease this round. 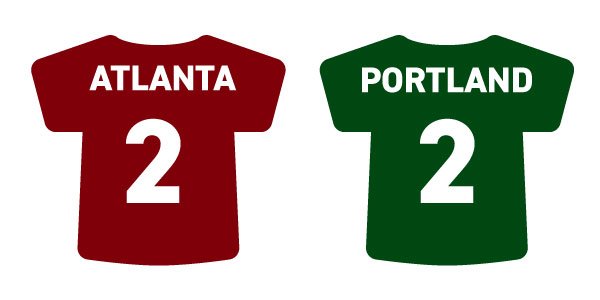 Both of these regions are highly educated. Nearly 40% of residents of each metro area hold at bachelor’s degree or graduate/professional degree, well above the national average. And both regions are home to thriving colleges and universities.

Both regions score, which means we’re in sudden death territory from here on out. 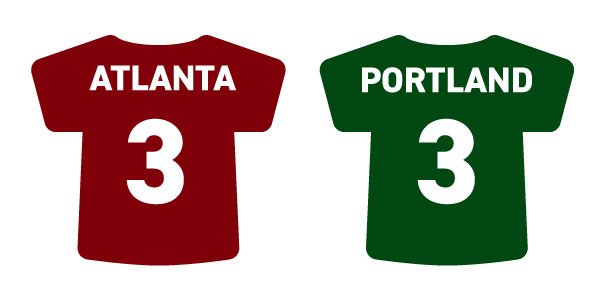 Metro Atlanta blasts its shot home, while Portland’s attempt is blocked by the keeper. Match over. 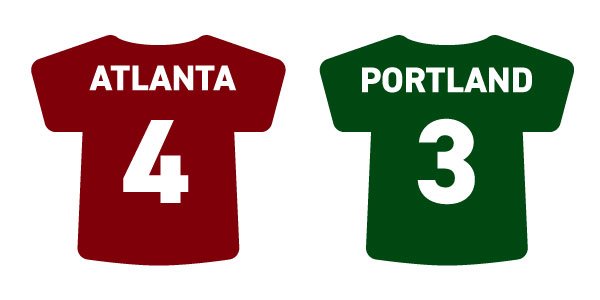 Metro ATL, a Region of Transplants, Has Fallen Hard for Atlanta United

Metro ATL Added 76K in Past Year, Total Population Tops 4.5M. How Many New Neighbors are in Your County?