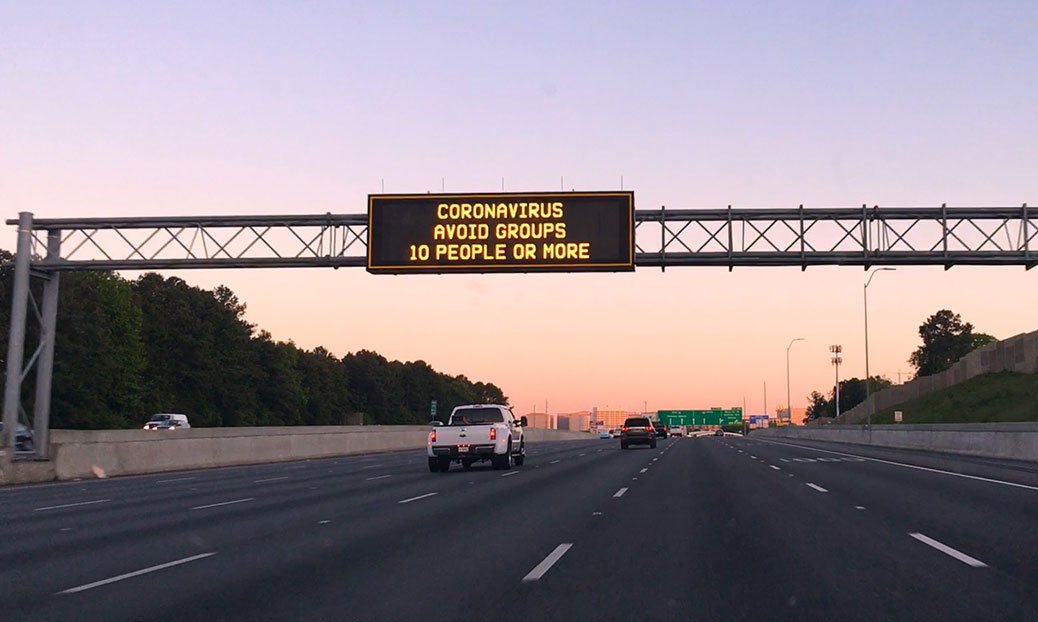 A quick check of your favorite mapping app makes it clear: traffic congestion has eased during these shelter-in-place times.

Even during rush hour, major highways are bathed in a sea of green, signifying free-flowing traffic. Now, we have some numbers that show just how much congestion has declined, and what that means for air quality.

According to the state Department of Transportation, traffic volumes on major highway corridors are down between 34% and 50%. The Downtown Connector southbound, for example, saw an average daily traffic counts drop from 166,000 in April 2019 to 96,000 this year, a 42% reduction.

One downside: For some drivers, the largely empty roads have become an invitation to speed, according to the AJC. Slow down and stay safe, folks!

Retail and recreational travel down sharply, too

Of course, the strict social-distancing restrictions have had an impact on more than just commuting. Travel for retail and recreational purposes is also down sharply, according to a Google Mobility report.

The report shows big decreases across the 10-county region. Check out these numbers:

And given these trends, it’s no surprise that total vehicle miles traveled are down sharply – about 67% – since we’ve begun to shelter in place on a wide scale in mid to late March.

This chart tells the story. On March 6, a Friday, the total vehicle miles traveled in the 20-county region nearly hit 400 million. On April  30, a Thursday, that figure stood at about 150 million.

Traffic levels appear to be ticking up in recent weeks, according to GDOT data. The reduction in highway traffic peaked on April 6 at 41% and stood at 31% on April 27. 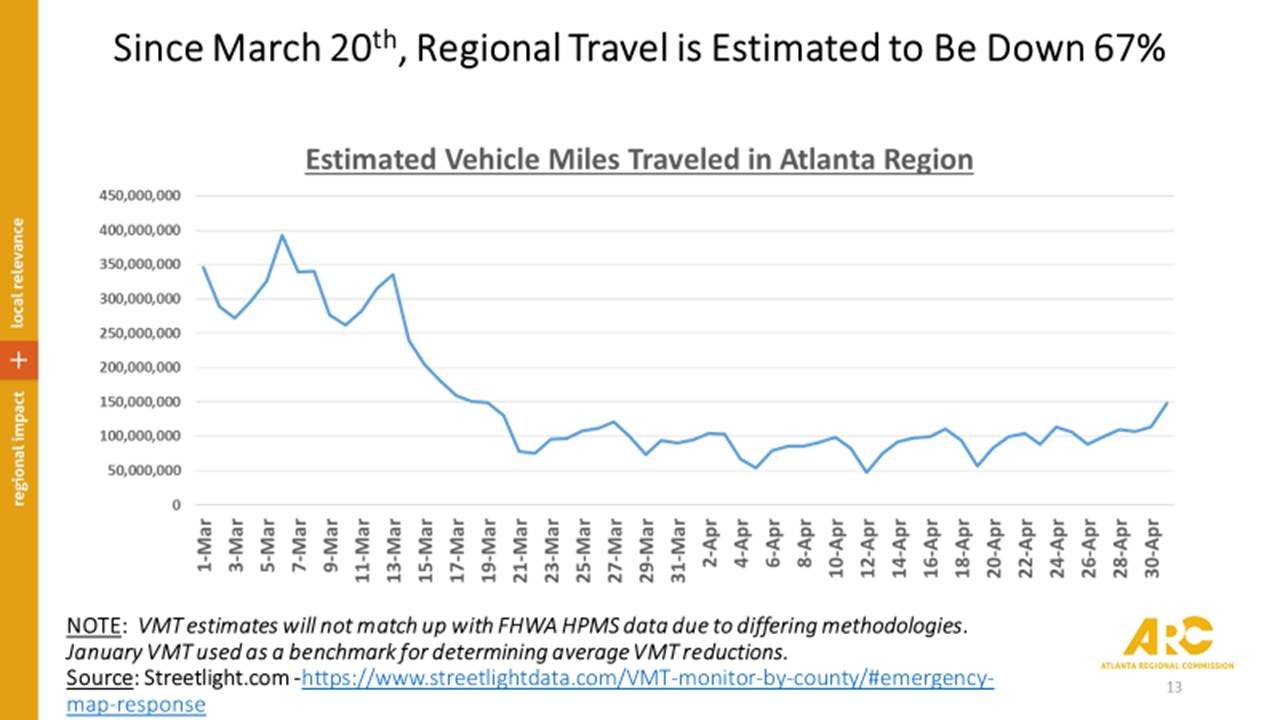 The decline in vehicle miles traveled, if sustained, would mean lowered revenues to other state motor fuel excise tax receipts and the national Highway Trust Fund. Translation: fewer dollars for road maintenance and other projects.

And transit ridership has been hard hit, as many workers stay home or avoid riding on buses and trains.

MARTA, for example, says rail ridership has dropped 77% and bus ridership by 45% in bus ridership, according to a preliminary report on MARTA’s website. MARTA has reduced bus and rail service for the time being, making sure to serve “essential” destinations including health care facilities, and

The good news, though, is that fewer vehicles on the roads means an improvement in our air quality, at least on weekdays.

The weekday average air quality index for ozone was 33 in March and 43 in April, compared to 45 and 52, respectively, in 2019. Ozone levels rise as the weather warms. It is created when pollutants from vehicles, power plants and other sources react with heat and sunlight.

Ozone can cause a range of health problems, such as inflaming or damaging the airways and aggravating lung diseases, such as asthma, emphysema, and chronic bronchitis, according to the US. Environmental Protection Agency.

How to Telework While Social Distancing

How $173B Will Boost Mobility in Metro ATL