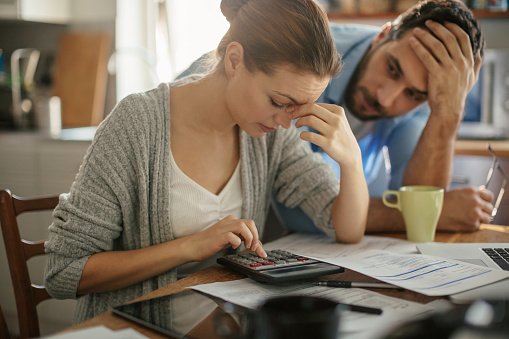 As days turned to weeks during the recent partial government shutdown, hundreds of thousands of federal employees were furloughed or working without pay.

The shutdown — and the prospect of another in the near-future — prompted a columnist for Atlanta-Journal Constitution to ask: How many of us are living from paycheck to paycheck?

If the recent government shutdown didn’t teach us anything else, it should be that all of us had better be saving for a rainy day.

Just weeks into the partial shutdown, we were bombarded with stories about people turning to food banks to feed their families. We heard stories about people who were in dire straits because they couldn’t afford to buy medicine or pay for child care or buy fuel to get to work or make their mortgages. People were struggling to cope.

The Outlook at Home

The answer to the AJC’s question may be difficult to know with any precision. But the number of metro Atlanta residents living on the financial edge may be quite large, according to the Atlanta Regional Commission’s annual Metro Atlanta Speaks public opinion survey.

The 2018 survey found that while the region’s economy is booming, it’s not working for everyone: More than one in four respondents said they would not be able to handle an unexpected $400 expense without either borrowing money or selling or pawning something. And only half would be able to cover the expense with cash, check, or debit.

That tracks with national figures cited by a Fordham University economics professor interviewed by the AJC.

“41 percent of consumers would have to go into debt to cover small unexpected expenses such as a car repair or replacing a broken appliance,” Giacomo Santangelo told the paper, adding, “The government shutdown only exacerbates the problem.”

According to the story, Americans’ personal savings have been trending downwards for at least four decades—a shift that he says puts us in a “risky and unsustainable situation.”

The Secret Shame of Middle-Class Americans — The Atlantic
Report on the Economic Well-Being of U.S. Households in 2017-May 2018 — Federal Reserve

Solitude and “Peace.” How Trucking Changed One “Super-Mom’s” Life.

Data Dive: As Rental Rates in ATL Skyrocket, Many Struggle to Afford Housing