Atlanta would never embrace soccer, many critics scoffed, when the city was awarded an MLS franchise a few years ago.

Um, just how wrong was that analysis?

A recent story from CNN explores how Atlanta United has captured the city’s heart and, err, united this growing, diverse region. The team is preparing for its first championship game against the Portland Timbers on Dec. 8. Hold it down, A-Town.

Here’s how CNN described the team’s effect on the hearts and minds of metro Atlantans:

While it is well known that professional and college football are popular in the South, it wasn’t immediately apparent that another kind of football — the global one — would resonate as well. It turns out Atlanta is a perfect fit for soccer, and it’s somewhat of a surreal scene. Atlanta United flags are seen all over the city, hanging outside of businesses and homes. It’s easy to spot fans wearing merchandise. The fan base spans multiple ages, races and languages. One of the popular chants by the fans is “Vamos! Vamos! Vamos! A-T-L!”

The story also points out that the Atlanta United frenzy flies in the face of Atlanta’s reputation for being a so-so pro sports town, where folks from elsewhere often cheer for the teams they left behind.

Known as a city of transplants, Atlanta sometimes has had a reputation for not always pulling for the home team in its respective sports. According to US Census data from 2010-2014 analyzed by the Atlanta Region Commission, 37% of the population in metro Atlanta was born in another state, and there are also large groups of residents who were born in other countries.

According to the ARC analysis, many pockets of the region have much higher percentages of residents born out of state. Check out this cool map that provides details: 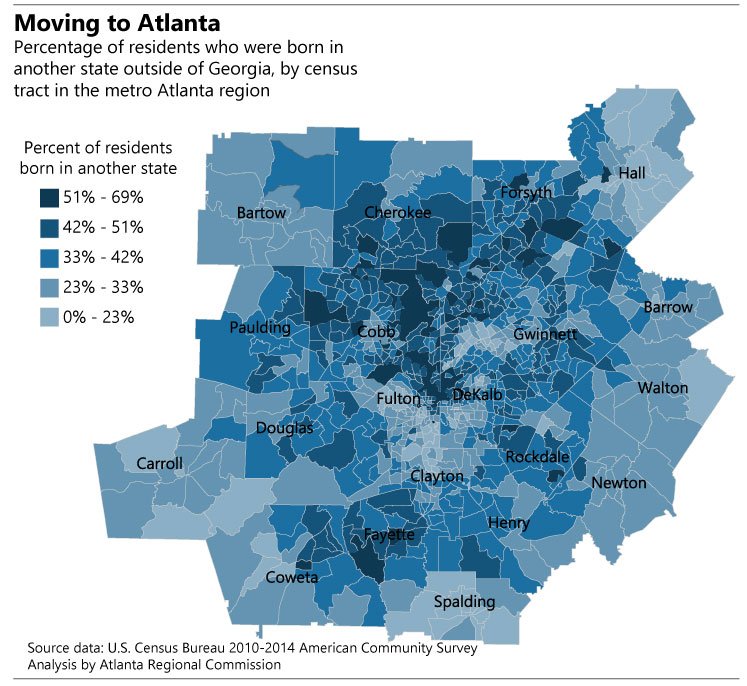 And the CNN story is spot-on about the region’s growing foreign-born population. Here’s another map that shows where these folks are settling – and, perhaps, importing some of their love of the “beautiful game.” 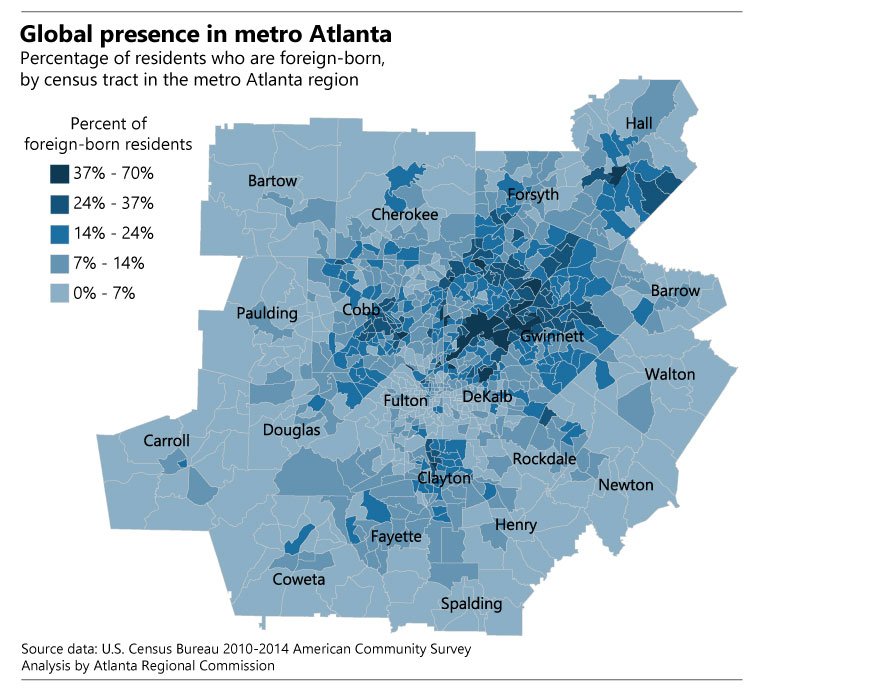 It’s not the first time the press has remarked on metro Atlanta’s fan spirit despite our disparate backgrounds. Earlier this year, the New York Times took notice as well, with a piece called “A New Atlanta, United by Soccer.”