For decades, a MARTA station in southwest Atlanta has displayed the name of H.E. Holmes. Now, patrons can learn more about the trailblazing Atlantan after which the station was named.

On Sept. 13, MARTA unveiled a colorful new mural by visual/performing artist and scholar Fahamu Pecou, accompanied by purple graphic boards with historical data compiled by the National Center for Civil and Human Rights, at one of MARTA’s busiest stations.

Dr. Hamilton E. Holmes grew up not far from this spot near I-20 and I-285. An orthopedic surgeon, he was also an icon of the civil rights movement. He dedicated his short life (he died at 54) to improve race relations in Georgia, with his legacy shaping Atlanta for decades to come.

In the 1960s, H.E. Holmes desegregated the University of Georgia and Emory University School of Medicine.

In 1959, H.E. Holmes was rejected from the University of Georgia because of his race. Holmes, a high school valedictorian, joined a fellow classmate to challenge segregation in Georgia’s college system in a two-year legal battle. H.E. Holmes and Charlayne Hunter became the first African American students admitted to UGA.

Pecou’s mural celebrates the life and legacy of H.E. Holmes, and contains a quote from the doctor: “Education is the key to your future. No matter what you do, be the best you can be.”

Seeing the stories of people who embody and reflect the history and hopes of our communities is powerful, said ARC’s Marian Liou, community engagement and arts program manager.

“Public art that shares these stories preserves memory in specific places and spaces within a community,” Liou explained. “It also invites visitors to learn, appreciate, and participate in building community and meaning.”

At the unveiling, MARTA general manager and CEO Jeffrey Parker celebrated the “welcoming smile” above him.

“The station is no longer just a name but represents a person,” Parker said. “History was made by Dr. Holmes. It’s so important that the community recognizes him.”

Dr. Holmes spent his medical career as a professor at Emory, Grady Memorial Hospital and the VA hospital. At Grady, he chaired the orthopedic department. In 1983, he became the first African American trustee at UGA. He was associate dean at Emory University School of Medicine at the time of his death.

Dr. Holmes’ son, Hamilton E. Holmes, Jr., also celebrated his father at the unveiling, accompanied by his mom and other family members.

“He lived a short life. He died at 54. But he accomplished a lot.” The son admitted that he looks like his father and praised the artist’s work.

“The painting looks a lot like him,” Holmes, Jr. quipped. 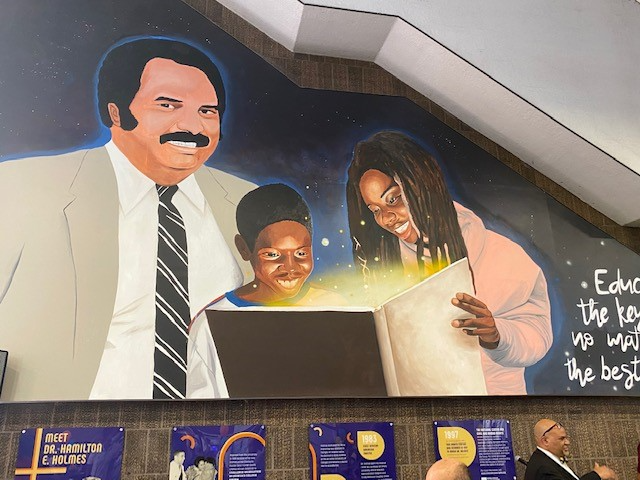 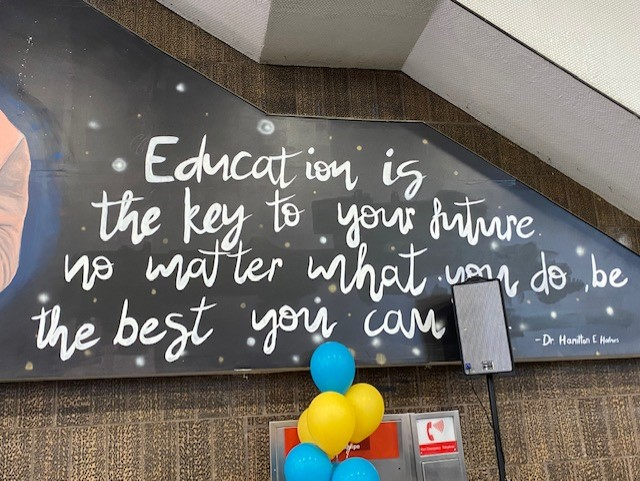 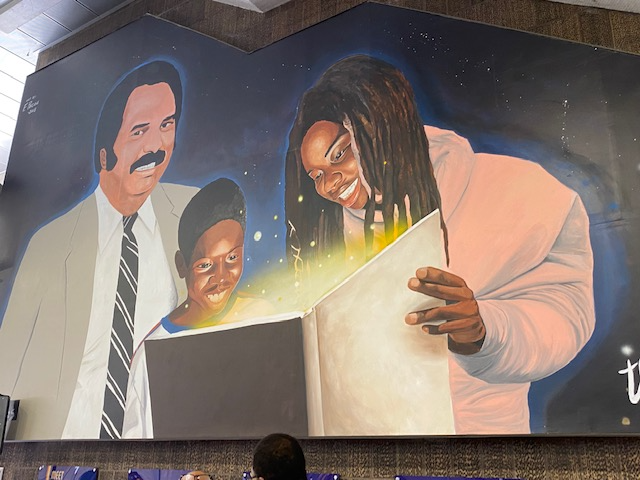 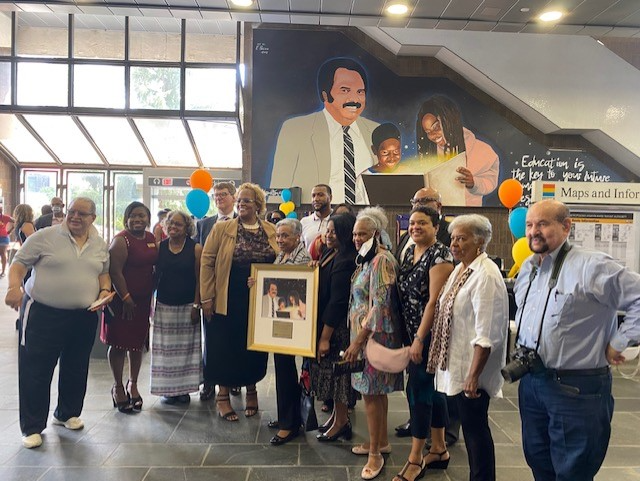