Here’s a sobering statistic: Most metro Atlanta neighborhoods are no longer affordable for families earning less than $50,000 a year, making it hard to afford essentials like food, healthcare and clothing. 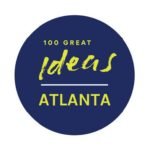 But it’s one that the 100 Great Ideas Facebook Campaign is out to tackle—through your input and participation.

The week of April 8-12, this online community conversation, launched by Enterprise Community Partners and sponsored by JPMorgan Chase and the Arthur M. Blank Family Foundation, invites metro Atlantans to offer their ideas for improving housing affordability while engaging in conversations with experts on the topic. Enterprise will capture and synthesize the feedback in a final report. It will then work with local elected officials on implementation.

According to this backgrounder page for the campaign, citing research from the Atlanta Regional Commission (ARC) and the Federal Reserve Bank of Atlanta, the need is great:

Rental costs have increased 48% since 2010 and have outpaced wage growth in the region. In addition, Atlanta loses 1,500 affordable housing units annually. This means that each year, there are 1,500 fewer units of housing available to moderate-, low-, and very low-income families. Typically, this housing is either replaced by higher-cost housing or rents simply increase beyond what many families can afford. The result? These families either leave the region or are burdened by housing costs that negatively impact their lives.

Anyone can take part in this five-day conversation by joining the 100 Great Ideas Atlanta Facebook group—and then get ready to participate starting Monday, April 8. The brainstorming community will be moderated by organizations including ARC,  the Urban Land Institute Atlanta (ULI), and Central Atlanta Progress (Atlanta Downtown), among others.

Data Dive: Evictions Down in Region but Rising Again in City of Atlanta