Why buy a home when you can rent?

That, it appears, is the attitude of a fast-growing number of high-income households in metro Atlanta, according to a new report from the Atlanta Regional Commission.

The region’s rental housing market has fundamentally shifted in the past decade, the report found. The following two charts tell the story.

The first shows the share of renter-occupied units by household income. In 2007, only 12 percent were occupied by households earning $75,000 or more, a figure that jumped to 23 percent by 2016. 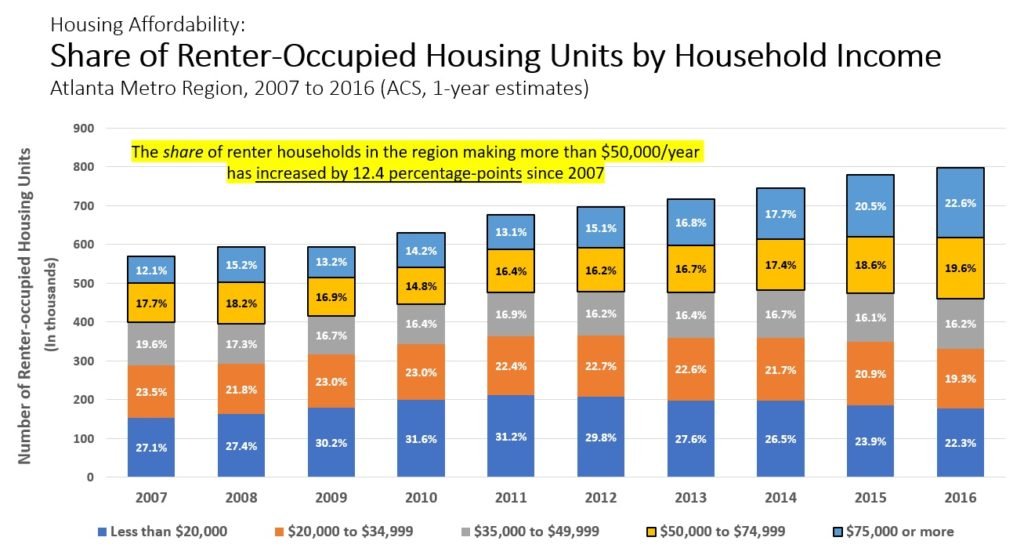 As Mike Carnathan, Manager of Research and Analytics at ARC, told the Atlanta Journal-Constitution: “Historically, we’ve always assumed that, once people got the means to buy a house, they would buy one. That is no longer the case.” 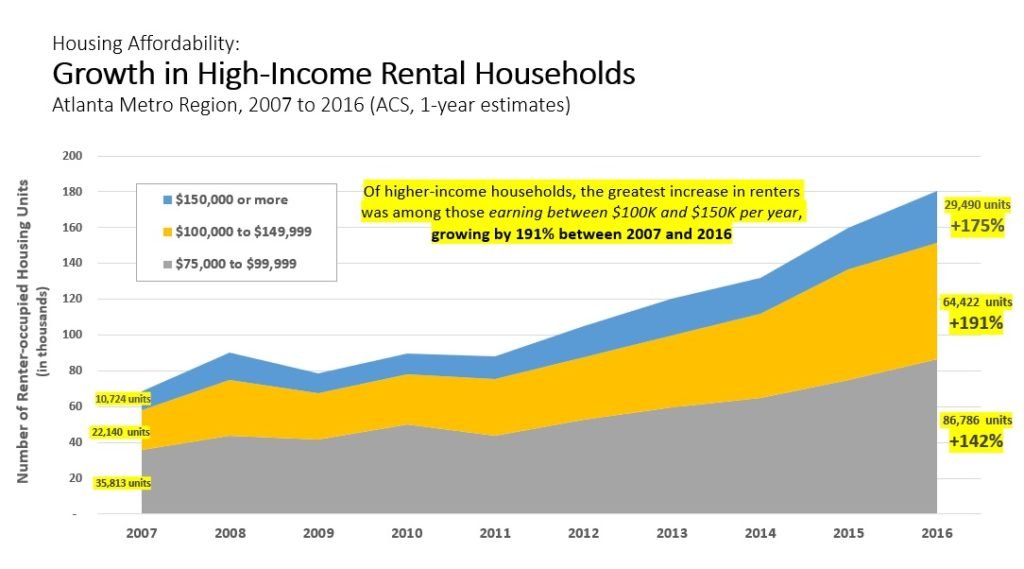 The ARC report didn’t address this question directly, but experts point to a number of possible factors.

Renters may still be spooked from the housing market crash that sparked the Great Recession. Younger workers may not be ready to settle down, with some preferring to rent in walkable, urban neighborhoods where the cost of new homes are sky-high.

And while rents in metro Atlanta have increased, home prices are rising even faster. Factor in things like student loans and other debt, and many would-be buyers are choosing to rent instead.

“Atlanta was ground zero for the foreclosure crisis, and it wasn’t that long ago,” Dan Forsman, president and CEO of Berkshire Hathaway HomeServices in Georgia, told the AJC. “Some people got stung. They think, if I experienced a loss previously, I just won’t do it again.”

The AJC interviewed Jake Mendelson, a 24-year-old who can afford to buy a home but is renting an apartment in Chamblee, where he can walk to stores and restaurants. He told the paper he wants to remain flexible should he need to move for his career.

“I would definitely want a typical single-family home at some point,” Mendelson told the AJC. “But I’m not sure where I’m going to be in three to five years.”

The changing rental housing market is putting pressure on housing affordability in metro Atlanta, ARC’s Carnathan said: More money in the market is pushing up rents for everyone in the region.

A recent ARC report found that rental costs in the Atlanta region have increased by 48%, but wages are only up 10%. The bottom line: More than half of metro Atlanta residents now earn less than is needed to afford a two-bedroom apartment. 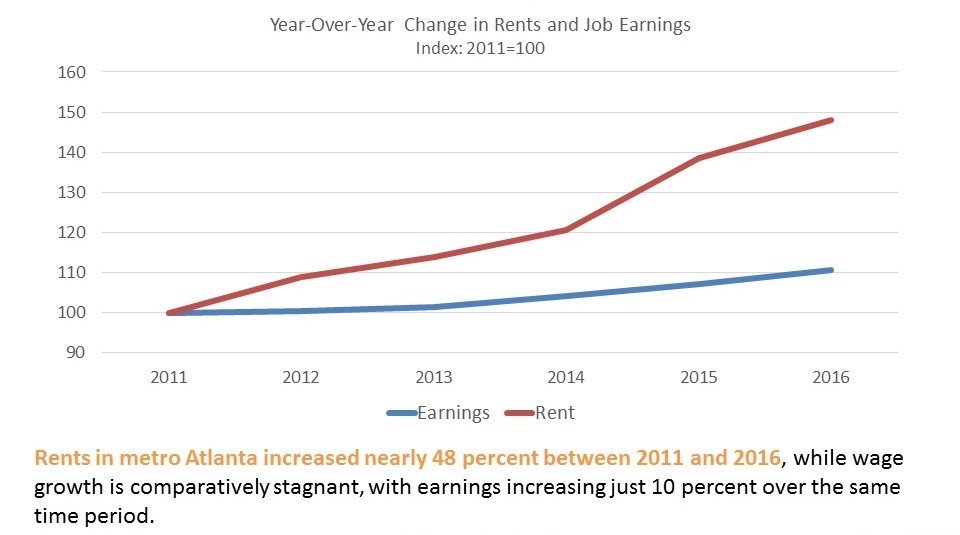 Data Dive: As Rental Rates in ATL Skyrocket, Many Struggle to Afford Housing