Recently released 2020 Census data confirms that the Hispanic population continues to be a major engine of growth in the 11-county Atlanta region.

As we celebrate National Hispanic Heritage Month, we share some key data points that show how the nation’s second-largest racial or ethnic group is shaping demographic trends across our metro area.

Though growth has slowed from previous decades, the Hispanic population in the 11-county metro area still increased by a robust 31% between 2010 and 2020.

The growth took place across the region. Hispanic population increased by double digits in all of ARC’s 11 counties.

Jobs are a key reason why the Latino population continues to grow at a rapid pace.

“The growth in the Latin-x community has been fueled by an excellent business environment in the state of Georgia over the last decade,” says Santiago Marquez, CEO of the Latin American Association. “Georgia has been listed as the best place to do business consecutively for numerous years. The Latin-x community is resilient and hardworking and is always looking for an opportunity to provide a better life for themselves and their families.”

Indeed, the Hispanic population increased at a more rapid pace than all other ethnic or racial groups except for Asians, which grew at a rate of 55% in the last decade. The area’s Black population grew by 19%, while White residents showed a decline of 2%, the first decline seen in a 10-year period. 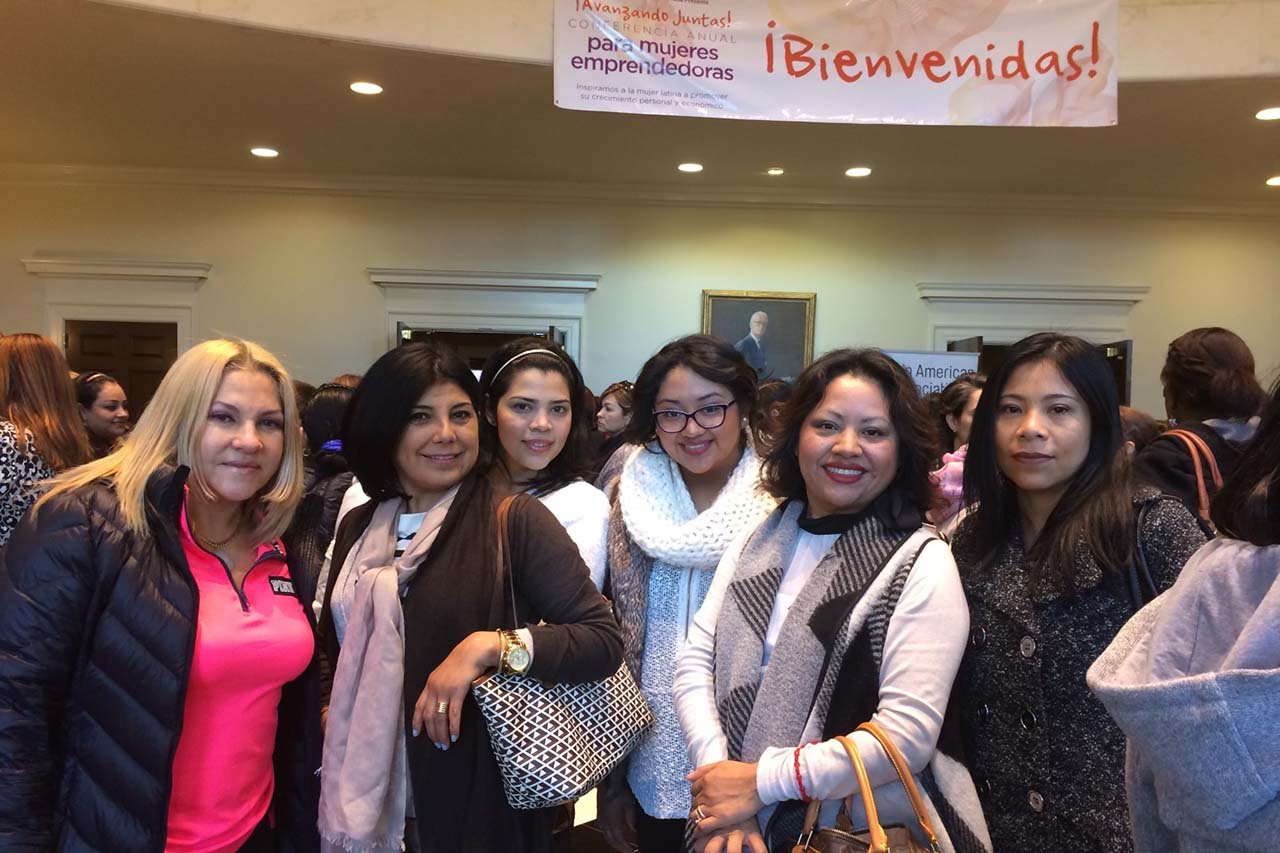 The Hispanic population grew by more than 30% across metro Atlanta in the last decade. In the photo, Latinas attend a Latin American Association women’s entrepreneurship conference.

Let's look at the schools

So it’s no surprise that when we look at enrollment in public schools, the Hispanic shares look much higher than for the entire Hispanic population across school districts in the 11-county metro region.

The Marietta school district has the highest share of Hispanic students, at 38%, followed by Gwinnett at 33%. The other school districts where Hispanics represent more than one in five students are Cobb (24%), Clayton (23%), and Cherokee (21%).

Gwinnett has 220,460 Hispanic residents, considerably more than any other county in the metro area. Its share is also the highest, at 23%.

The Buford Highway corridor, known for decades for the diversity of its immigrant populations, is still the major residential draw for Hispanics in metro Atlanta.

At 56%, Doraville has a higher share of Hispanic population than any other city in the 11-county metro area. In the City of Chamblee, also in DeKalb County, the Hispanic population grew by 127%. And Norcross, a city in Gwinnett that is bisected by Buford Highway, saw a 121% increase. Almost half (46%) of Norcross’ residents are Hispanic.

The suburbs are calling

As with immigration patterns in other metro areas, second- and third- generation Hispanic families are spreading out from initial magnet areas to the suburbs, and generally to city centers in those areas.

Three counties in the outer periphery, Cherokee, Henry and Forsyth, saw their Hispanic population grow by more than 50%.

The City of Atlanta showed strong overall population gains, reaching almost half a million residents in the 2020 Census. Yet the Hispanic population share is only 6%, a lower share than for any of the 11 counties in ARC’s jurisdiction.

Still, the City of Atlanta’s Hispanic population grew by 37% in the 2010s, compared to 18% increase for population as a whole.