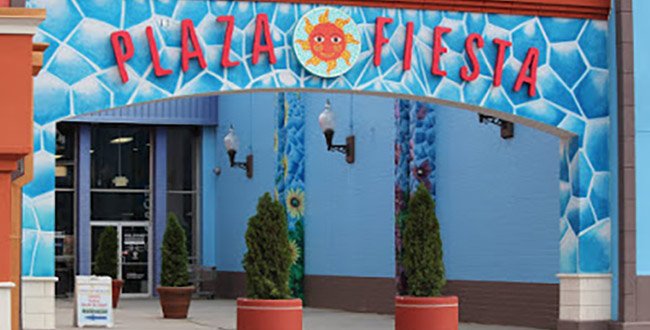 Metro Atlanta is young, vibrant place, but we’ve got a fair amount of history, too. Think Civil Rights, Civil War, and even Coca-Cola.

An innovative, two-week online course from Emory University that starts Monday is using metro Atlanta as a textbook of sorts to explore the region’s progress and development – and how views about progress vary, depending on a person’s background and perspective.

Emory’s chosen a pretty intriguing list of topics to explore. This includes gentrification in Atlanta’s Edgewood and Kirkwood neighborhoods; Plaza Fiesta, a massive retail complex on Buford Highway modeled on a Mexican merdado, and Stone Mountain, once a rallying point for the KKK but now a place in which the surrounding city is majority African American.

How Shopping Malls are Reinventing Themselves for 21st Century

It’s called a Tech-Out – a virtual forum based on the “Teach-Ins” of the 60’s, held on the Coursera platform. The course (good news: it’s free!) is entitled “Progress: An Interdisciplinary Reflection” and is convened by Pablo Palomino, Assistant Professor and Mellon Faculty Fellow at Emory’s Oxford College.

The goal is to invite people from metro Atlanta and around the globe to think about what progress means in the context of public sites of memory, and encourage participants to think about how different people may view progress from different perspectives.

“I want the Teach Out to compliment and deepen our understanding of progress,” says Palomino. “It’s an opportunity to think about what progress means, and how you can look for it wherever you are.”

The Teach-Out event includes a number of video interviews with people who work in Atlanta, focusing on topics including historical sites, neighborhood gentrification, and immigrant spaces.

Here’s some more detail on what will be covered:

With several discussion forums related to these topics, the course culminates by asking participants to partake in a call to action where they can research, reflect, and share progress as it relates to sites of memory in their own communities.