Reliable housing means more than just a roof over your head. It means stability: the ability to pursue an education, a career, and to build meaningful connections in your community.

It’s of little surprise that during the Great Recession, eviction rates skyrocketed in metro Atlanta. You can see this in the map below, compiled by 33n with data from Princeton University’s Eviction Lab.

The map breaks down eviction rates by census tract in two landmark years: 2010, when metro Atlanta was in the thick of the recession, and 2016, when we were well out of it. (2016 is the last year data is available.)

However, the story continues… 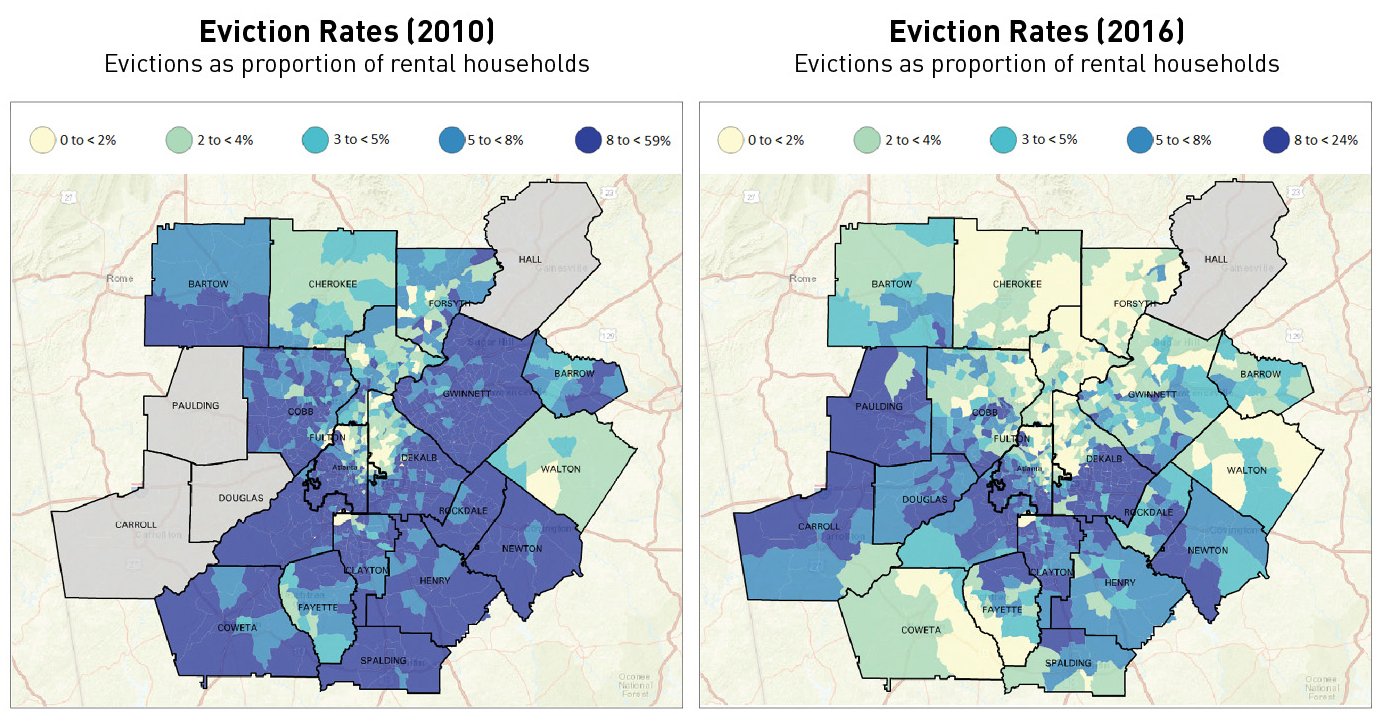 The Picture in the City of Atlanta

Data from Eviction Lab shows that in 2010, the city of Atlanta’s overall eviction rate was over 8 percent. By 2012, that rate declined to less than 7 percent, and by 2013, it was less than 2 percent.

But then, things changed.

The very next year, eviction rates started to rise again — and by 2016, the city’s eviction rate was back up to just over 5 percent, perhaps because of redevelopment pressures in certain areas as well as upward pressure on rent, as demand for multifamily housing soars at a time of  relatively slow wage growth.

Want more detail? Check out Eviction Lab’s interactive map, which breaks down both eviction rates and eviction filing data by year, and by census tract. (Eviction filings are court orders filed by a landlord in order to either evict, or collect money from a tenant.) You can also read the original story at 33n.

Recently, the AJC used data from Eviction Lab in this in-depth story about how landlords are increasingly using eviction filings to collect late rent.