No walls were broken down or bathroom tile obliterated in the renovation, of course. This upgrade is all about the data.

The site and associated data tool, which initially launched in 2019, now include detailed home price information for each year between 2013 and 2020.

Where are the hottest housing markets? Where are the fewest new housing units being built? What are the trends in your local community? These questions and many more can be answered with a few clicks.

The new data is the product of an extensive analysis conducted by ARC of hundreds of thousands of individual home sale transactions and property assessment records. The previous version looked at two years of data, 2013 and 2018,

We poked around on the new data explorer tool and, with some guidance from the ARC data team, spotted some fascinating trends.

The mapping tool makes it super-easy to spot areas seeing the biggest price increases, down to the Census tract level.

These trends raise concerns that existing lower-income residents may be displaced. And this also sheds light on the difficulty that even middle-class residents are having in finding affordable housing.

Prices rose at the slowest rate in “Submarket 6” – moderate to high-priced suburban areas.

In these areas, home prices per square foot increased 51%, compared to 66% for the 11-county region. 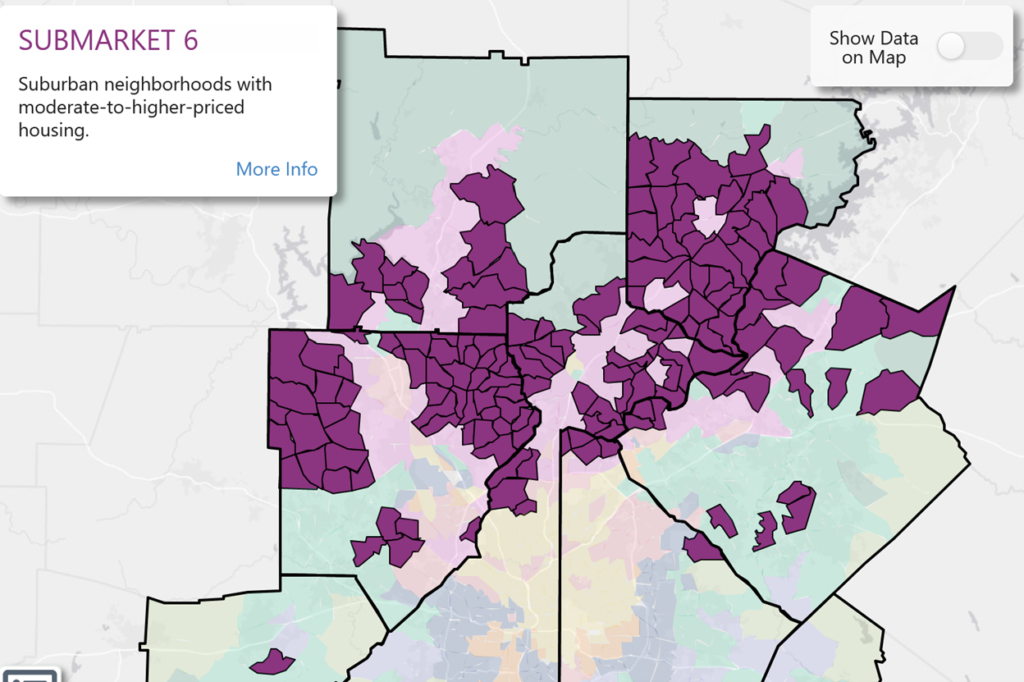 Much more data available at your fingertips

Users can quickly explore a range of other data points, including:

In addition, the data explorer tool enables users to drill down to individual cities and counties alongside filtered cross tabs of the submarkets with which they intersect.

Learn more about the Metro Atlanta Housing Strategy at MetroATLHousing.org and stay tuned here and to ARC’s data blog, 33n, for additional explorations and deep dives into the analysis and data that underpins it.