Related: Planning for Increasing Automation in the WorkforceThese changes promise to fundamentally transform our region – not unlike when the horse and buggy gave way to the internal combustion engine. It also requires a regional response: After all, traffic doesn’t stop at the city or county line.

The future could bring smoother-flowing and safer traffic, more efficient logistics, and better connections between mass transit and jobs. The trucking industry may be one of the earliest adopters of driving automation, meaning we may someday see convoys of autonomous trucks on our highways. 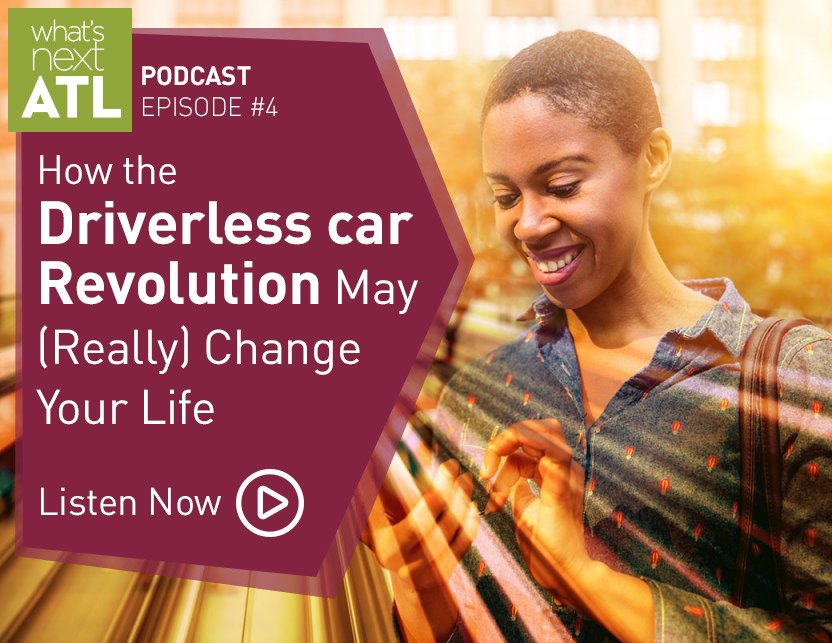 The new technology will also bring challenges. To have it work well, metro Atlanta will require a seamless technology that spans the region – sensors in roads, “smart” traffic signals, and secure IT systems to handle data. Local governments and transportation planners will need to ensure that disadvantaged communities aren’t left out. And automation threatens employment of truck drivers and other sectors.

To begin planning for this new world, the Atlanta Regional Commission in 2017 brought together 300 local government and transportation officials for the region’s first ConnectATL summit to hear from national experts and consider the implications for communities, infrastructure, and the workforce. Additional ConnectATL forums are planned to help the region stay on top of this critical issue.

Self-driving vehicles won’t mean an end to mass transit. As one project underway in Columbus, Ohio shows, autonomous vehicles and smart technology could improve connections between mass transit and jobs and even the playing field for disadvantaged residents.

Columbus won funding for autonomous traffic projects through the Smart Cities Challenge, a national competition backed by the U.S. Department of Transportation and businesses.

The city envisions traffic upgrades that will add corridors for autonomous vehicles and equip buses, taxis, and cars with vehicle-to-vehicle communication. Data from smart traffic systems will help improve traffic flow. And self-driving shuttles from bus terminals will transport residents and tourists to jobs, shopping, and health care.