Related: Planning for Increasing Automation in the Workforce“The footprint of retail is shifting away from the retail store and towards the warehouse,” Hofstra University professor Jean-Paul Rodrigue recently told InTransitionMag.

Online sales, which have been growing 20% a year or more, have resulted in more UPS, FedEx and DHL delivery trucks on local streets, and more discarded packaging headed to landfills or recycling centers. National online retailers such as Amazon are seeking massive distribution centers on the outskirts of major cities, but also looking to smaller warehouses inside city centers to shorten delivery times to customers and to serve as pick-up centers for orders. Other retailers such as Walmart are using their existing stores and backroom inventory to serve online orders. Some e-commerce businesses are even exploring “dark stores” – closed to the public – where workers can roam customer-free aisles to fulfill online orders.

Some e-commerce retailers will likely re-purpose old warehouses near city centers and vacant grocery stores for these new uses. But warehouses will be more numerous in the future and will likely take up more geographic space in cities, experts say. 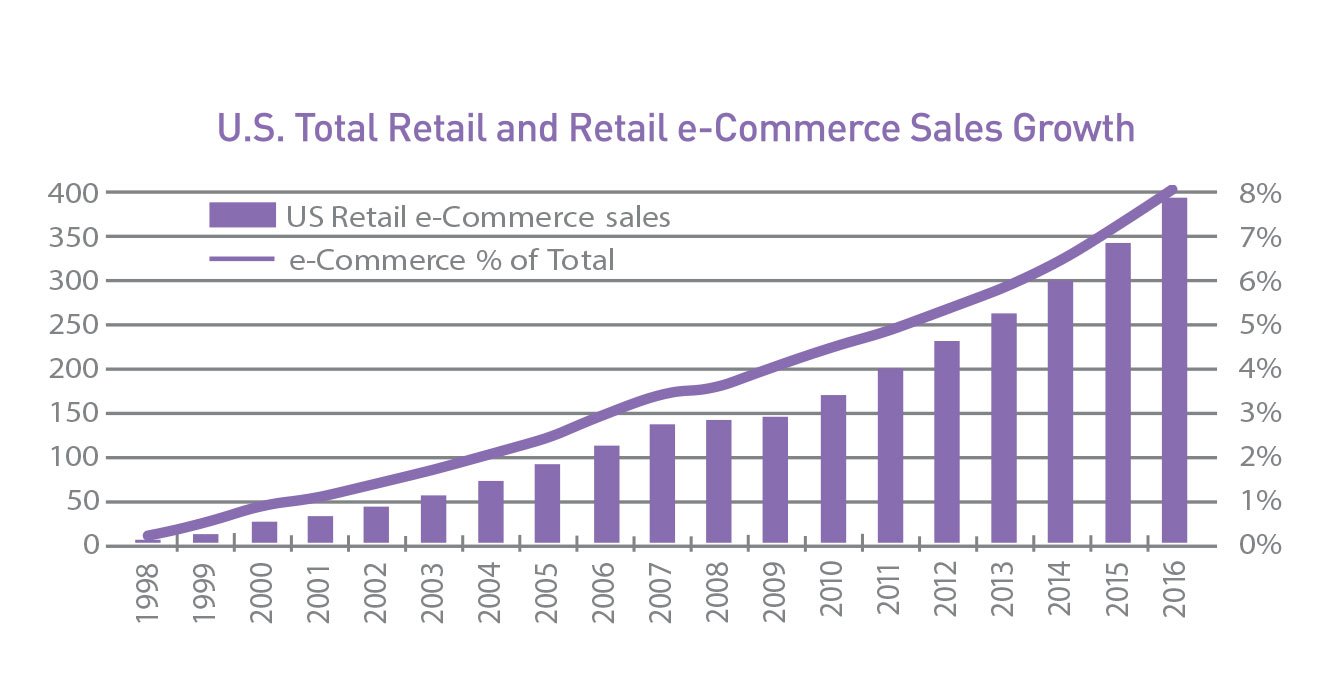 Sandy Springs tackled one problem – the lack of a traditional city center – by converting another problem, an old vacant Target store, into an opportunity. When the suburban community incorporated in 2005, it became the first new city in Georgia in almost 50 years. But it faced a number of challenges, including a lack of city offices, a traditional downtown retail district, sidewalks, parks and other amenities of older cities.

Sandy Springs’ purchase of the 6.9 acre former Target property for $8 million was not without controversy, but it lies at the heart of the city’s plan to create a new, walkable city center known as the City Springs District. Construction is well underway on the project to create new city offices, a performing arts center and theater, underground community parking, retail and residential space, and a city green.