Related: Matching Available Jobs and Qualified WorkersAdding to the challenge is the fact that most metro Atlanta residents don’t live near where they work. The ARC has identified about a dozen “Regional Centers” with more than 10,000 jobs, such as downtown Atlanta, Midtown, Buckhead, and the Cumberland and Perimeter mall areas. These job magnets account for 21% of the region’s jobs but less than 1% of its geographic area, 14% of its housing units, and less than 9% of its affordable housing.

As a result, many workers spend a big chunk of pay on commuting costs. For moderate-income families making about $47,000 a year, housing and transportation costs consume about 63% of their pay, according to a study by the Center for Neighborhood Technology. By that measure, the Atlanta region is less affordable than many other major metro areas. 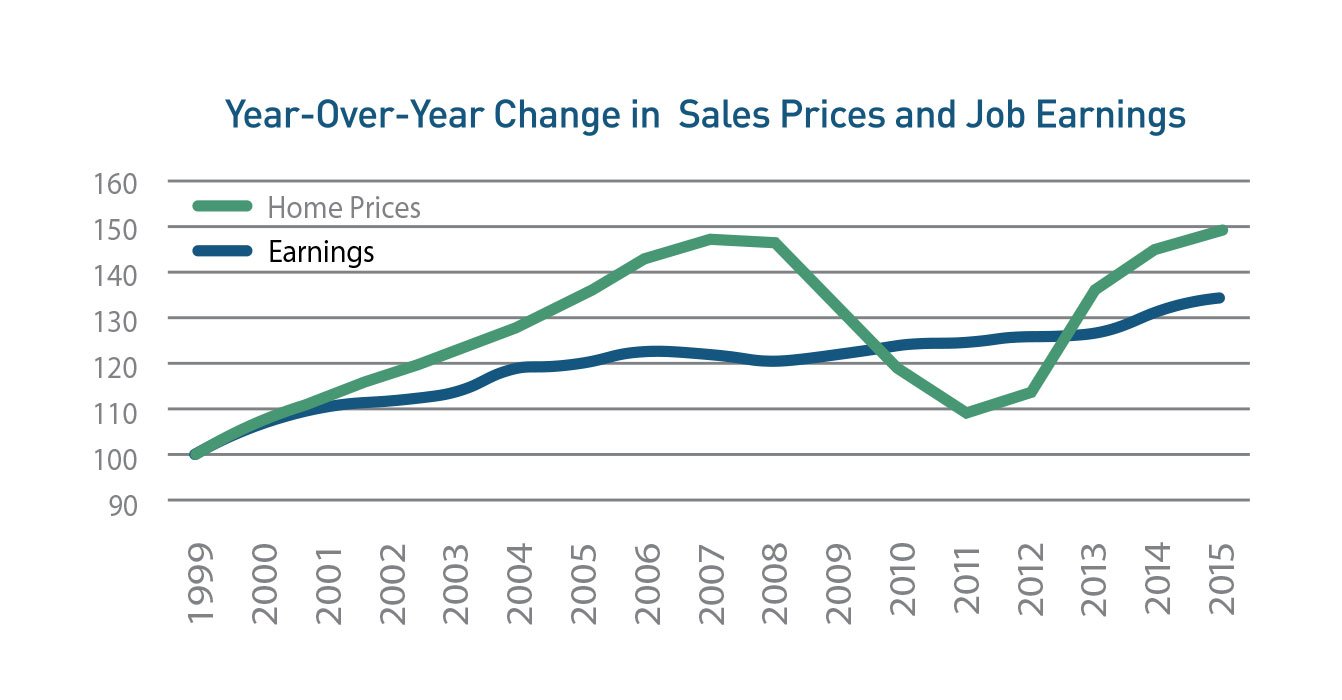 Providing housing that offers easy access to jobs while remaining affordable for a wide range of residents is a challenge for communities all over the Atlanta region – as it is in many growing metro areas.

There are a number of local efforts underway to address this issue as well as some collaborative efforts involving multiple jurisdictions.

In response to rising property values that could be squeezing out low-to-middle income residents and young families, Sandy Springs leaders are encouraging developers to build more affordable housing near jobs and MARTA rail stations.

The city adopted new zoning and land-use policies that allow taller multi-family projects if developers set aside at least 10% of the units as affordable housing. This has stimulated housing growth in the Perimeter area. That market’s residential and working population has grown by 119% in recent years.

It is immoral to ask a police officer, firefighter, or other first responder to put their lives on the line for a community in which they cannot afford to live.
– Rusty Paul, Sandy Springs Mayor 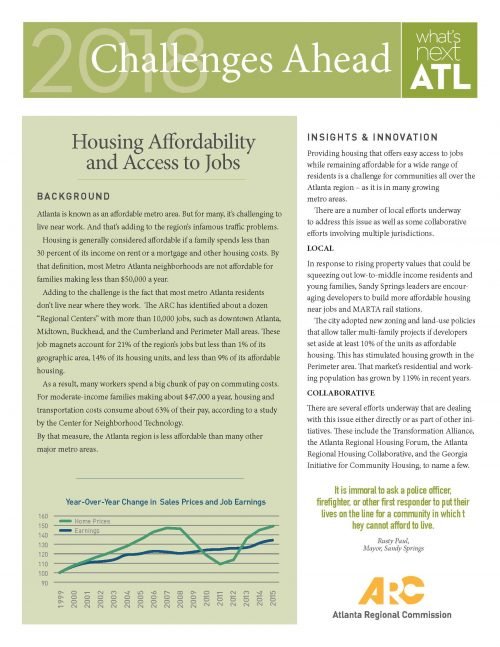