The 2019 Regional Commuter Survey (RCS) is a survey of employed residents of the 19-county Atlanta metropolitan region. The survey serves two primary purposes:

The 2019 RCS is the fourth iteration of the survey, with previous surveys conducted in 2007, 2010, and 2014. The RCS provides critical information to help the Atlanta Regional Commission, Georgia Commute Options, and partner organizations tailor their services to meet commuter needs.

Thank you to all who participated in the survey. ARC recorded 5,100 unique responses from employed residents of the 19-county region. Responses were analyzed, compared to prior iterations of the survey, and expanded to be representative of the 19-county region population. Results were documented in a Summary Report and a Technical Report, available below.

What are the key findings?

Below are some snapshots of key findings from the 2019 Regional Commuter Survey. These detail, among many others, are available through the Summary and Technical Reports:

More of us are working at home (telework)

Around 40% of commuters telework. For commuters who telework, 11% telework five or more days per week and 20% telework once a week. This represents an 80% increase in teleworkers since 2007. Nearly half of the commuters who telework noted that their employer has a formal telework program. Teleworking removes approximately 11% of weekly commute trips form the regional transportation system.

Most of us commute to work by driving alone

Across all weekly commute trips (including telework as a mode), 76% of commuters drive alone. This compares to 7% taking transit, 3% carpooling, 2% walking or biking, and 1% using on-demand mobility options like Uber or Lyft.

The average time spent commuting is 39 minutes one way. This trip typically averages around 19 miles. Only 8% of commuters spend less than 10 minutes one way on their trip to work, while 12% spend over 1 hour.

97.5% of respondents agreed that traffic congestion is a serious problem in the Atlanta region. Avoiding congestion and ensuring a reliable trip is key in making a trip decision.

The motivations for choosing a mode also vary by the mode used. For example, cost of commuting, while a concern for all alternative mode users, was particularly noted by carpoolers (29%) and by transit riders (29%). Lack of a personal vehicle was most common among carpoolers (21%), bus riders (25%), and commuters who walked to work (20%). For commuters who drive to work, 75% noted that parking is free.

Given the profound impacts COVID-19 is having on the socioeconomic, physical, and psychological health of citizens in the ARC region, ARC decided to evaluate the changes in commuting (if any) and attitudes, benefits, and challenges of working from home for commuters in the ARC region.

While most workers are still working at the same job (84 percent), 11 percent were furloughed or laid off and two percent stopped working to care for children or other dependents. The overall picture of workers who are getting laid off or furloughed are low income, African American, female workers.

Amongst those who use transit or carpool or vanpool, 39 percent expect to continue/resume their previous level of use while 28 percent will not use them at all for their trip to work. Among the reasons not for continuing use of transit include health concerns and sanitation of transit. Another 18 percent said that they will use it less often.

Post pandemic, close to 70 percent would be interested in continuing this arrangement of being able to work from home some or all of the time.

Summary and Technical Reports and Presentations 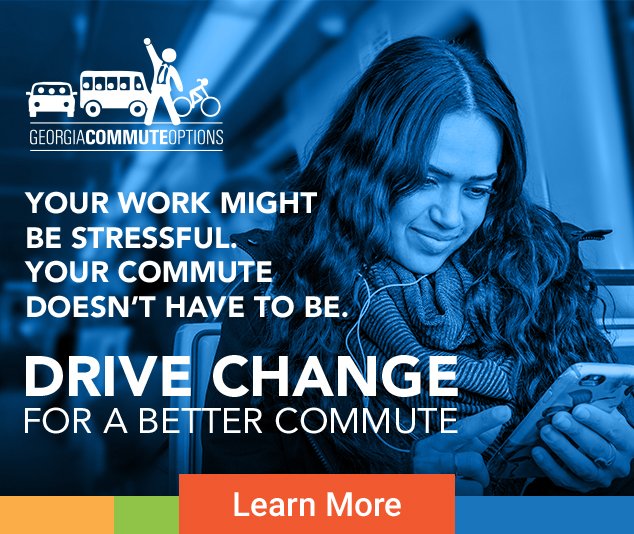