The Atlanta Regional Commission today announced that it has presented the 2020 Harry West Visionary Leadership award to Gwinnett County Chairman Charlotte Nash, in recognition of her significant contributions to Gwinnett County and the entire Atlanta region. 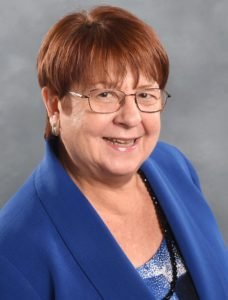 Nash is retiring this year after almost 40 years in public service. Her career began as Gwinnett County’s grants manager in 1977, and she served as county administrator for nine years before leaving in 2004. She ran for County Commission Chair in 2011 out of her devotion to the county she has called home her entire life.

Nash joined the ARC board in 2011 and has held a variety of leadership roles across the region, including: Chairman of the Transportation and Air Quality Committee; member and Chair of the Metropolitan North Georgia Water Planning District board; Chief Local Elected Official on the Atlanta Regional Workforce Development Board; and member of the Atlanta-Region Transit Link Authority board.

Nash received the Harry West award during the ARC Board meeting on Dec. 2.

“Charlotte has been one of the most active and impactful, members of the ARC Board. That’s probably an understatement,” said Kerry Armstrong, ARC Board Chairman. “She has brought a deep wealth of knowledge, perspective, and wisdom to the table that will be sorely missed. Charlotte has been more than a member of the ARC board. She has been a leader – in words, which are few. And in deeds, which are too many to count.”

The Harry West Visionary Leadership Award was established in memory of ARC’s longest-serving executive director, who exemplified courageous and visionary leadership throughout his career in the public, private and university sectors.

“I can’t tell you how much this means to me, having known Harry and having his son work with us in Gwinnett County for so long,” she said. “Thank you so much.”

Katie Kirkpatrick, President and CEO of the Metro Atlanta Chamber who also serves as Vice Chair of the Metro Water District, said Nash’s leadership on water issues, including the development of the F. Wayne Hill Water Treatment Plant, has left the region in a much better place.

“I couldn’t think of anyone who embodies this award better than Charlotte. Her constant dedication not only to Gwinnett County but also to regional stewardship of our water resources continues to be inspiring to so many in the community,” she said.

“It has been an honor to work with and support Chairman Nash during her tenure both on the ARC Board as well as Chairman of Gwinnett County,” he said. “I humbly believe that Chairman Nash has provided an example of the regional thinking, planning and innovation that would make Mr. West proud, and that we will continue to see her positive impact on our region for years to come.”

Each year, the physical award is passed from one recipient to the next. It is a magnificent, turned wooden bowl of Red “Leopard” Maple, crafted by Phillip Moulthrop, the middle of three generations of Marietta wood turners.

The symbolism of taking a raw piece of wood and through vision, skill and determination – turning it into something of lasting beauty and value — makes it the perfect symbol for a Visionary Leadership award.