You’ve seen the headlines: The Georgia General Assembly has passed legislation that creates a regional transit governance and funding structure: The Atlanta-region Transit Link Authority, or The ATL.

But what does this really mean for metro Atlanta?

Think of The ATL as a toolbox that gives local governments the ability to establish or expand public transit service in ways that best fit their communities. Expanding transit options will improve the quality of life for residents and ensure the region’s long-term economic competitiveness.

The legislation, now awaiting Gov. Nathan Deal’s signature, is complicated, running 77 pages long. Planners with ARC have dug into the details to develop the following overview:

What are the main responsibilities of The ATL?

The Atlanta-region Transit Link Authority is charged with:

The legislation creates several new options for transit funding in the Atlanta region:

The ATL can issue its own bonds, and can work with other state agencies to issue bonds.

Who holds the power to make decisions at The ATL?

The ATL will be overseen by a 16-member board to be named in late 2018. Its members will serve four-year terms. The legislation creates 10 districts within the 13-county region, drawn to incorporate major commuting corridors and encourage planning on a regional level rather than a local level. Click here to view a map of those districts. The board will consist of:

It’s important to note that no transit expansions can be mandated from the regional level. Member counties must “opt in” to any specific project or funding mechanism, and no local sales taxes can be raised without approval from residents via a referendum. 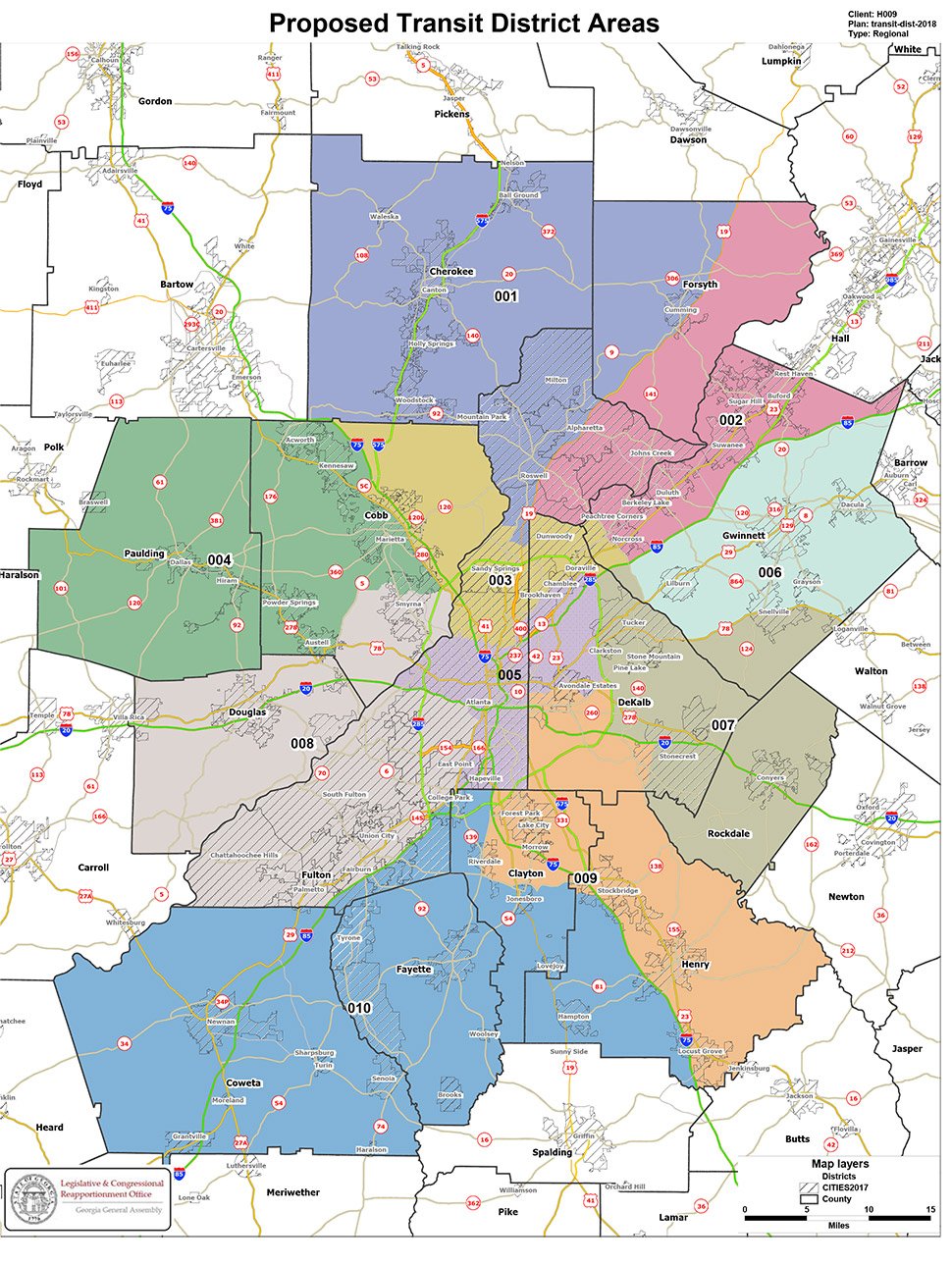 What does the legislation mean for transit system branding?

The ATL is charged with developing unified branding. Starting Jan. 1, 2019, any new MARTA asset worth more than $250,000, such as a bus, must display The ATL brand. And as of Jan. 1, 2023, all transit systems would be utilizing a unified logo and branding.

Discussions will begin soon about what this means for existing transit agency brands – that is, whether transit assets will be co-branded or will only display The ATL logo.

What will happen to MARTA and to transit projects and programs already being planned?

MARTA will remain responsible for operating the region’s heavy rail system, including any new heavy rail projects. The ATL will work closely with MARTA, local governments, and other transit providers to ensure that they are able to fulfill promises already made to their customers. In fact, the ATL will help connect these planned improvements to other communities and provide a more regional approach.

How will the legislation affect ARC’s role in region’s transit planning?

As the federally designated Metropolitan Planning Organization for metro Atlanta, ARC will continue to be responsible for developing the region’s long-term transportation plan, including transit. The ATL is charged with developing short-range (six-year) and long-range (20-year) regional transit plans. ARC will work with The ATL on those plans, which will be incorporated into ARC’s comprehensive regional plan.

Will new transit services interfere with or reduce other transportation improvements?

No. Transit is one, but not the only, piece in the region’s transportation plan.

What is The ATL?