News Center
Support for Transit on the Rise, According to 2017 Metro Atlanta Speaks Survey

Nearly half of respondents – 49 percent – said expanding public transit is the best long-term traffic solution, the top choice on this year’s survey. That’s an increase from 43 percent last year and 41 percent in 2013, the survey’s first year.

51 percent of respondents said they’d be willing to pay more in taxes to fund expanded regional public transit, according to a new question on this year’s survey. The figure is higher in the region’s most populous counties, with support strongest in Gwinnett and Fulton counties, at 56 percent.

And 94 percent of respondents said improving public transit is “very important” or “somewhat important” to metro Atlanta’s future. That’s up from 88 percent in 2013.

The survey showed a need for improved transportation services in the region. More than one in four respondents – 27 percent – said they frequently lacked transportation to get where they needed to go.

Questions added to the survey last year make it clear that not everyone in the Atlanta region is benefiting from the improved economy. 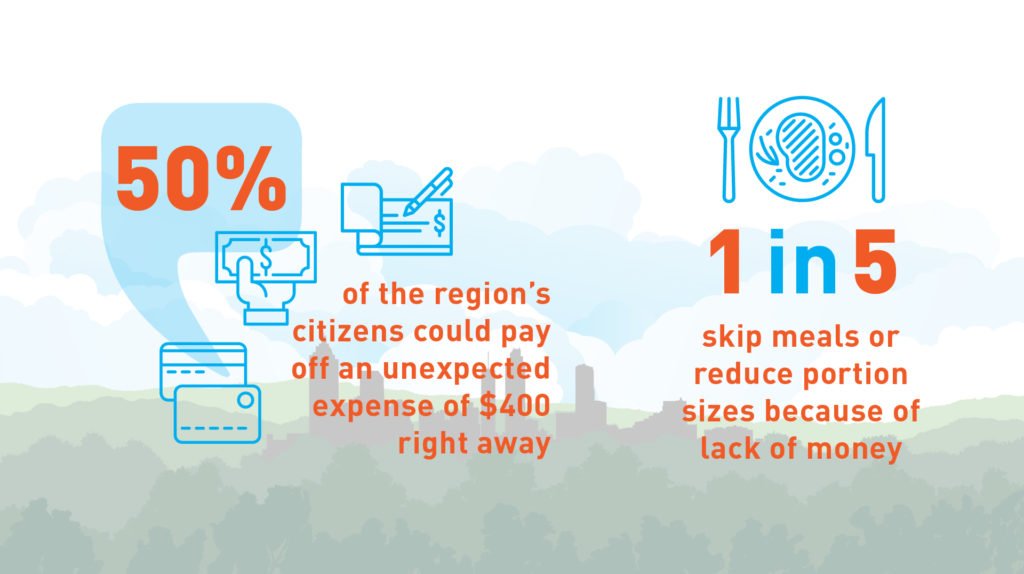 One in seven respondents – 14 percent – said they would not be able to pay an unexpected $400 expense, about the same percentage as last year.

Another 15 percent said they’d have to borrow money or pawn or sell something to cover the cost. And nearly one in five metro Atlanta residents said they had to skip meals or reduce portion sizes to save money.

Each year, ARC and its community partners conduct a public opinion survey to take the pulse of metro Atlanta residents and help guide the region’s planning and decision-making.

The 2017 survey, conducted by Kennesaw State University’s A.L. Burruss Institute of Public Service and Research, asked questions of more than 5,450 people across 13 counties about key quality-of-life issues. The survey is statistically valid for each county and the city of Atlanta, with a margin of error of 1.3 percent for the 13-county region as a whole and four percent to seven percent for the individual jurisdictions.

“The Metro Atlanta Speaks survey continues to be an invaluable tool that helps our organization and others gain a greater understanding of our region on a number of critically important issues,” said Ginneh Baugh, associate vice president of strategy and knowledge at the United Way of Greater Atlanta.

For additional information about the 2017 survey, including county level results, please visit atlantaregional.org/metroatlantaspeaks.