The Georgia state Legislature today passed landmark legislation that establishes a regional transit governance and funding framework in metro Atlanta. The bill now heads for final approval to Gov. Nathan Deal, who has endorsed the measure.

The legislation creates the Atlanta-region Transit Link Authority, or The ATL, which will be charged with regional transit planning for 13 counties in metro Atlanta. The region’s transit systems, including MARTA, CobbLinc, Gwinnett County Transit, and GRTA’s Xpress service, will operate under a unified “The ATL” brand name by 2023. 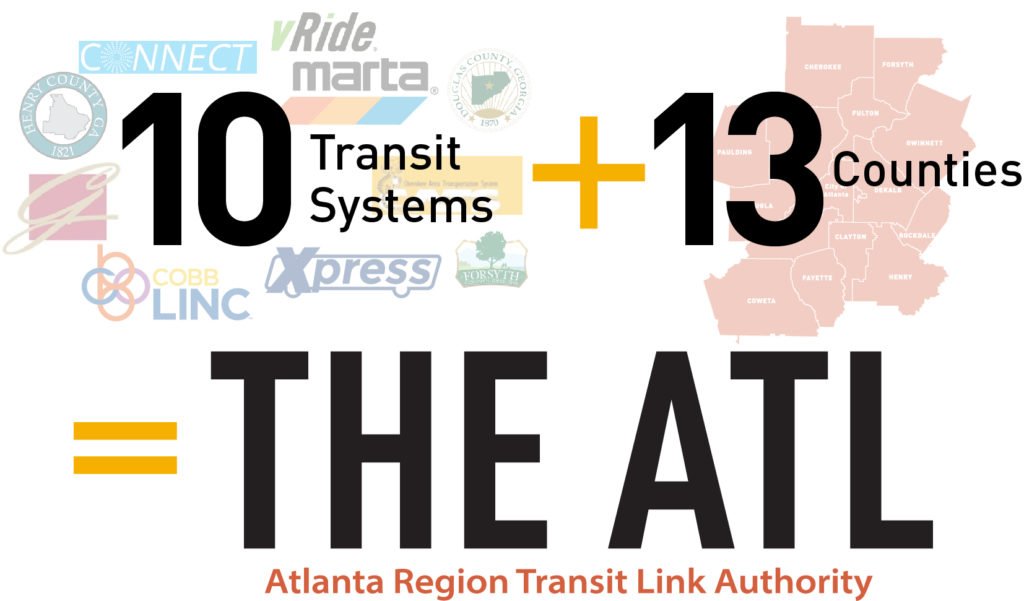 “The passage of regional transit legislation is a major milestone for our region that will expand transportation options and better connect communities, improving quality of life for metro Atlanta residents,” said Doug Hooker, Atlanta Regional Commission (ARC) Executive Director. “The establishment of a coordinated, regional transit network is critical to the region’s future and will help ensure our long-term economic success.”

The legislation, sponsored in the House by Rep. Kevin Tanner and in the Senate by Sen. Brandon Beach, provides a new transit funding option: Enabling counties to seek sales tax increases of up to 1 percent for up to 30 years to finance construction and operation. In addition, the 2019 state budget includes $100 million to fund transit projects statewide, including the Atlanta region — the most significant state investment in transit in Georgia history.

Importantly, the regional transit legislation provides flexibility and autonomy for member counties, who must “opt in” to any specific project or funding mechanism

“Traffic congestion doesn’t stop at the city or county line. It’s a regional problem that requires a regional solution,” said Tanner. “Improving regional transit is also important for economic development, as many businesses are choosing to locate in places served by public transit.”

Beach led the push to unify the region’s transit providers under “The ATL” brand.

“Everyone knows metro Atlanta as the ATL,” Beach said. “Soon, you’ll be able to arrive the ATL airport and hop on an ATL train – the branding will be consistent. The ATL is something that we all identify with, across the region.”

A regional transit solution has long been sought by regional leadership, given that more than 60% of commuters leave their home county each day to get to their jobs. The solution has also been top of mind for the region’s residents: More than 94% of respondents to ARC’s 2017 Metro Atlanta Speaks poll said improving public transit is important to the region’s future.

“A truly regional transit network is needed to improve mobility and keep our economy competitive,” said Kerry Armstrong, ARC Board Chairman. “We commend the vision of the state Legislature in bringing forward a regional transit framework, particularly the bold leadership of Rep. Kevin Tanner and Speaker David Ralston in the House and Sen. Brandon Beach and Lt. Gov. Casey Cagle in the Senate, along with Gov. Nathan Deal.”