The Atlanta Regional Commission today named Fulton County Chief Operating Officer Anna Roach as the sole finalist to serve as the agency’s next Executive Director. The board is expected to vote on the appointment at its meeting on Dec. 8. 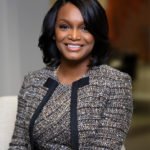 Roach has been Fulton County COO since 2017 and previously served as the county’s Chief Strategy Officer and Assistant County Manager. Roach holds a law degree from St. John’s University and a bachelor’s degree from the State University of New York, College at Cortland.

If approved, Roach would become ARC’s first female leader and succeed Doug Hooker, who has been ARC’s Executive Director since 2011. Hooker announced earlier this year that he would retire in March of 2022.

“Anna Roach has extensive knowledge about the Atlanta region, a deep passion for the work we do at ARC, and a strong track record of success,” said ARC Board Chairman Kerry Armstrong. “The search committee evaluated many strong candidates and felt that Anna is best poised to build on the innovative work that’s been taking place at ARC and move the agency forward.”

Roach said, “I am so gratified by the confidence shown in me by the selection committee and the board chairman. I have worked closely with ARC during my tenure in Fulton County and know first-hand the agency’s critical role in our region. I am excited at the prospect of working with the ARC Board and staff to build a better, brighter future for all residents.”