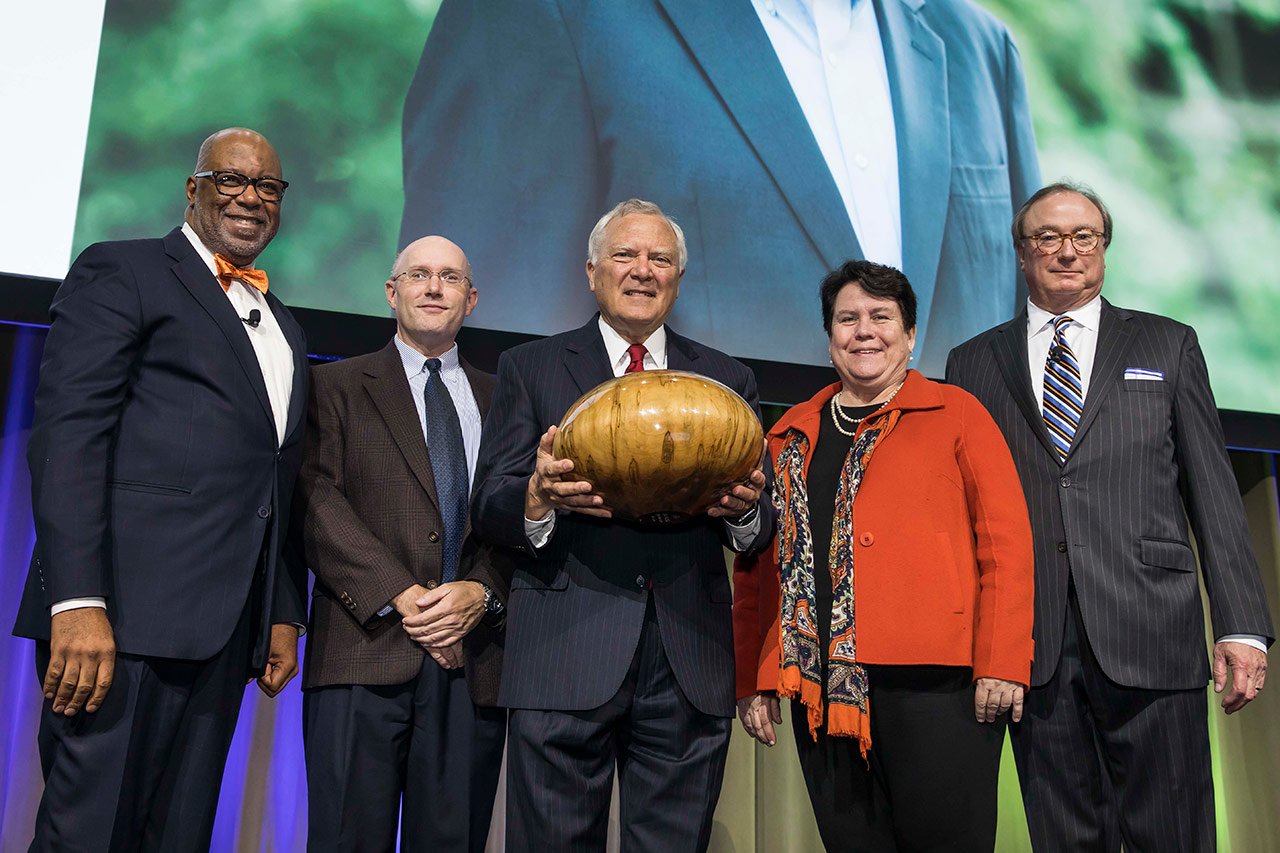 The Atlanta Regional Commission today presented Gov. Nathan Deal with the 2018 Harry West Visionary Leadership award during the agency’s State of the Region Breakfast. It’s the first time the regional planning agency has presented the award to a sitting governor.

ARC honored Gov. Deal for his dedication to improving quality of life in metro Atlanta and across the state, and for his determination to make significant progress on key issues such as regional transit, criminal justice reform, and transportation funding.

Gov. Deal also helped steer the state out of the Great Recession and toward a period of sustained prosperity. During his tenure, Georgia added more than 685,000 private sector jobs, and unemployment fell dramatically.

“Throughout his time in office, the Governor exemplified bold leadership in an era when that often comes at great personal cost,” said Kerry Armstrong, ARC Board Chair. “He has challenged both friend and foe to stay focused on the long-term health of the state’s economy and its people.”

Each year, ARC presents the Harry West Award to honor the legacy of Harry West, ARC’s longest-serving executive director. West exemplified courageous and visionary leadership throughout his career in the public, private, and university sectors.