A cemetery in Kennesaw, public art in Fairburn, and zoning code in Tyrone all share something in common: They’re just a few examples of projects that local communities have taken on in recent years to improve quality of life, with help from the Atlanta Regional Commission.

Each year, ARC accepts project submissions in the following programs:

Over the life of both programs (LCI is in its twentieth year and CDAP in its third), millions of dollars and thousands of hours of staff time have been invested into hundreds of community projects across the region.

ARC recently hosted an open house to walk potential applicants through the program process. Applications are due Feb. 28, 2020.The open house featured a panel of previous recipients of program assistance. Representatives from Kennesaw, Fairburn, and Tyrone joined the panel to share their experiences with open house attendees.

Here are a few takeaways from their project experiences: 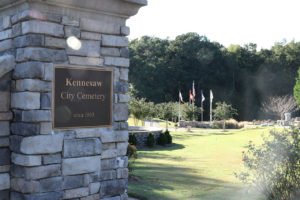 The city of Kennesaw sought CDAP assistance in 2018 to re-envision an asset central to the city: its cemetery. The plan repositions the cemetery as a community-centered greenspace that hosts activities and events.

The plan was created amid ongoing redevelopment in downtown Kennesaw with the goal of celebrating these changes while amplifying the story of Kennesaw’s history. A 2004 LCI study created a long-range plan for downtown Kennesaw and was updated in 2015.

Darryl Simmons, Kennesaw’s Zoning Administrator, said CDAP staff provided fresh perspective and gave the city a solid vision, strategy, and direction for improvement. Simmons said that he was encouraged by the enthusiastic reception of the plan by the historic preservation commission. 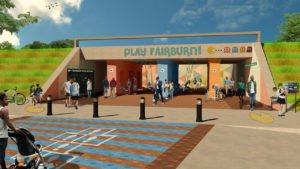 Like Kennesaw, Fairburn commissioned an LCI study to re-envision its historic downtown, which took place in 2009. In 2018, the city applied for CDAP assistance to produce a Creative Placemaking Plan. The plan’s purpose is to guide the city in reinventing its public spaces using arts and culture. Creative placemaking is one way to spur economic development and other community improvements. In Fairburn’s case, it was also a great way to engage stakeholders in the arts community while focusing on strategies to lift the city’s downtown

Tarika Peeks, Fairburn’s Planning Director, emphasized that the program was well worth the investment of time, saying that the city got more from the program than she expected. CDAP acted as support in lieu of a larger planning staff and paved the way for the city to take ownership of the plan’s implementation.

The goal of Tyrone’s Downtown Zoning Assessment was to encourage a change in the development pattern of the city’s downtown, from one focused on large lots with buildings set back far from the road, in favor of greater density and a better mix of uses.

More information about the programs: