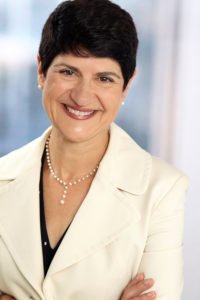 Becky Kurtz, Manager of the Atlanta Regional Commission’s Aging & Independence Group and Director of the Atlanta Area Agency on Aging (AAA), has been named a member of the federal Advisory Council on Alzheimer’s Research, Care, and Services.

The advisory council works to further progress on treating and curing Alzheimer’s and other forms of dementia.

“We received over a hundred nominations for this round of new members, which clearly demonstrates the level of engagement and continued commitment towards making progress on this disease,” HHS Secretary Tom Price said in a news release. Price named six others to the Council.

Kurtz is excited about the chance to bring metro Atlanta to the critically important national conversation on dementia.

“As people live longer, the number of Alzheimer’s cases in our region is rising sharply,” said Kurtz. “ARC works every day to provide services and supports to people with the disease and their caregivers. We want to share our experience here in metro Atlanta with the larger forum. We also want to learn from best practices around the country so that we can adapt those and bring them back to the region.”

Kurtz’s work at ARC involves leading a team of 50 professionals who plan and provide comprehensive services for Atlanta’s rapidly growing population of older adults and people with disabilities.

As the Atlanta AAA Director, she manages the allocation of federal, state, and grant funds to community-based organizations and local governments that provide direct services to older adults, persons with disabilities, and their families.