The ARC board on Wednesday approved an amendment to the Regional Transportation Plan that fast-tracks major improvements around the Atlanta region. 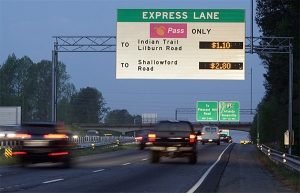 These carefully targeted investments include rebuilding highway intersections to improve traffic flow and safety, and expanding the region’s network of Express lanes, which offer a faster and more reliable commute for those who carpool, ride transit, or pay a variable toll.

Upon the recommendation of ARC’s Transportation & Air Quality Committee, which approved the amendment at its August 10 meeting, the board approved the amendment to the short-range portion of the plan, known as the Transportation Improvement Program (TIP).  Most of these projects were already in the long-range plan, but have been moved to the short-range plan due to new funding.

Transit projects are expected to be the focus of the next TIP update, which should occur in 2018 — once the city of Atlanta and MARTA finalize their list of projects to be built with new sales tax revenue.

With ARC’s vote, the amendment approved today now moves on to the board of the Georgia Regional Transportation Authority for state approval. The body will vote on September 13.

The additional transportation dollars are helping fund the state’s Major Mobility Investment Program, managed by the Georgia Department of Transportation. This program includes nine projects in metro Atlanta, which are expected to be complete or under construction by 2025.

These fast-tracked projects include: