State of the Region

The Atlanta Regional Commission’s 2021 State of the Region attracted more than 1,400 leaders in-person and virtually to explore the key issues facing metro Atlanta.

ARC executive director Doug Hooker presented his final the State of the Region address, reflecting on his 10 years leading ARC and discussing the work that is left to be done.

He highlighted several important collaborative efforts are helping improve quality of life in the Atlanta region, from Learn4Life, an initiative to improve education outcomes, to Aerotropolis Atlanta, which is designed to boost economic growth in the communities around the airport.

In closing, he challenged metro Atlanta leaders to keep working together to ensure a better future for all residents.

“I encourage all of you to think about what’s possible for our region,” he said, echoing the event’s theme, ‘A Region of Possibilities.’ “Because we believe that a better future is possible, which gives us the motivation, the energy, the conviction to press on in the present. What role can you or your organization play in moving metro Atlanta forward?”

State of the Region Address

ARC released the  results from the 2021 Metro Atlanta Speaks public opinion survey during the event, providing key insights into the region’s views on a range of quality-of-life issues. Among the key findings:

The agency presented the 2021 Regional Excellence awards, which honor innovative projects, places, and planning initiatives. This year’s winners are:

Hooker, who is retiring from ARC early next year, has held a number of key roles in both the public and private sectors, including: director of public works in the City of Atlanta; head of the State Road & Tollway Authority; leadership positions at large engineering firms; and leadership on numerous civic boards and committees.

“Doug, it’s hard to overstate what you have meant to the Atlanta region. We’ve all benefited from your fearless leadership, boundless energy, and giant heart,” said ARC Board Chairman Kerry Armstrong.

They noted the significant progress made in water resource stewardship over the past two decades, and urged leaders to continue investing in infrastructure in the years to come.

Other Videos from State of the Region 2021 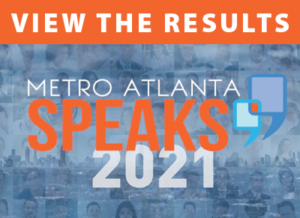 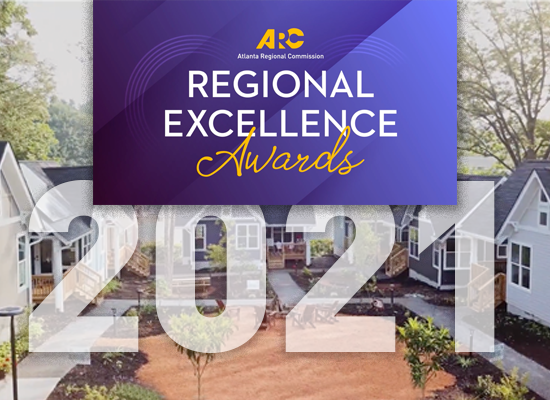