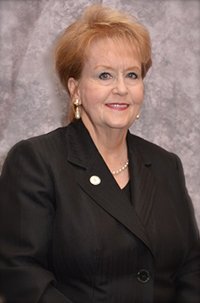 Mayor Day of Jonesboro serves as the Clayton County mayoral representative on the ARC Board. She also serves on the Governance Committee.

Mayor Day serves as the Clayton County mayoral representative on the ARC Board. She also serves on the Governance Committee.

Mayor Day has received many community accolades and awards associated with her leadership and has earned over 250 credit hours in Municipal Training at the Carl Vinson Institute, University of Georgia. She is also a graduate of the Georgia Academy for Economic Development, Regional Economic and Leadership Development.

In addition to serving as an adjunct Professor at both Tift College and Mercer University, specializing in instructional technique and Learning Theory, Mayor Day has been active in many community activities including, but not limited to, the Jonesboro Women’s Club, Women of Clayton County, Tara Kiwanis, Rainbow House Advisory Board, Cross Keys Counseling Board of Directors, Delta Kappa Gamma, Arts Clayton Board of Directors, Clayton County YDC Board, National Trust for Historic Preservation, and Clayton County Chamber of Commerce Government Affairs Committee and the Commerce Education Committee. She serves on the Superintendent’s High Performing Advisory Board, Clayton County Schools. She also serves on the Board of Southern Regional Medical Center.

Mayor Day was born in Thomaston, Georgia, and earned a Bachelor’s Degree with highest honors at Tift College and graduate degrees with highest honors at Georgia State University. She considers herself a small-town girl, steeped in public service; her father served as County Commissioner in Upson County for many years. A 48-year resident of the City of Jonesboro and the mother of one son, she has two grandchildren, Cole and Kincayd.

Joint TAQC/ARC Board Meeting – May 11